Tucked away amidst beautiful snowcapped alpine mountains and overlooking the lakes Alpsee and Schwansee, is the Neuschwanstein Castle, a dream of an eccentric but imaginative king who was called ‘Mad King’ in the pages of history.

King Ludwig II of Bavaria was crowned the king at the age of 18 years and was more interested in creating stunning, over-the-top castles then in politics or administration. Some of the most beautiful castles in Bavaria was commissioned & many a times drafted by King Ludwig II himself. Winter Garden, Residenz Palace, Linderhof Castle, Herrenchiemsee, to name a few, are all King Ludwig II’s contribution. If you look carefully you will realise that Neuschwanstein Castle is the inspiration for Disneyland’s Sleeping Beauty Castle! Its interesting that a castle which brings such a big grin in the face of a child world over can actually have such a sad history.

Neuschwanstein Castle was King Ludwig’s personal favourite and he commissioned it to be his retreat and in honour of composer Richard Wagner. The interior is more stunning then the exterior, with its romanesque arches, gothic embellished towers, Byzantine architecture mingling with beautiful and colourful  fresco. However, Ludwig could stay only 11 weeks in his dream-retreat…

As Ludwig was not taking interest in day-to-day function of his Court his ministers were quite unhappy and King Ludwig himself was feeling pretty harassed by them and decided to dismiss his entire cabinet. However, this ministers acted faster and smarter and they canvasing that King Ludwig II was mentally ill and not fit to rule. One of the reason why it was easier to show him as mad was because King Ludwig II apparently was a homosexual, something that was absolutely unacceptable and unheard of at that time. Finally, on 10 June 1886 Ludwig II was removed from Neuschwanstein and taken to Berg Castle on the shores of Lake Starnberg. His uncle Luitpold was proclaimed as Prince Regent.

Next evening King Ludwig II wanted to go for a stroll with the same doctor who declared him insane and he said that “No attendant may come along”. When they did not return after 2 -3 hours a search was done and their bodies were found in the lake. Though it was claimed that Ludwig committed suicide by drowning, but all subsequent investigations indicated foul play. His doctor’s body showed blows to the head and neck and signs of strangulation. No one knows how King Ludwig II actually died and has remained to be one of the most mysterious and intriguing death in history. 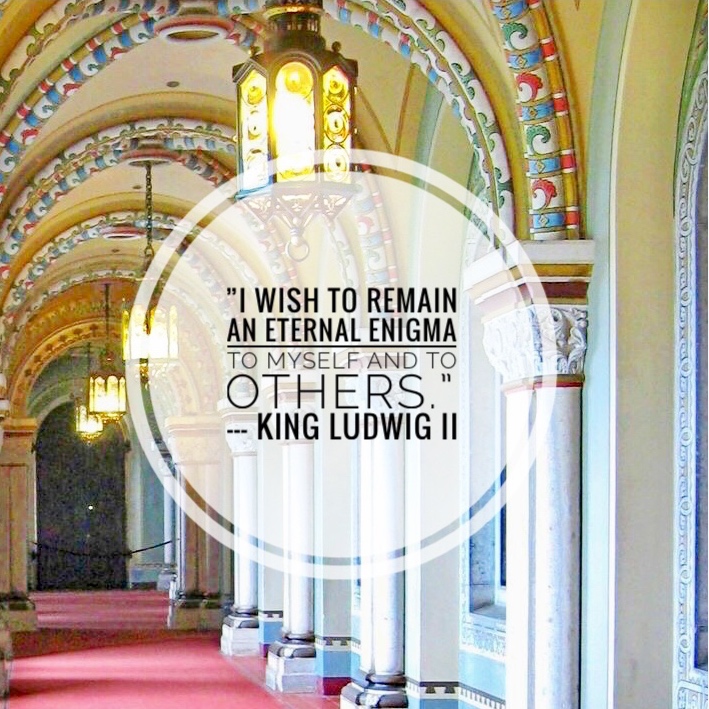 You May Want To Know (Downloadable)

Copyright: The thoughts are my own, the knowledge is universal and the photos are from my travel, unless mentioned otherwise. If anyone wishes to use the content or the photos, you are most welcome, however, do place a link to this page with acknowledgment. This is not only an internet courtesy but also a legal requirement. Regards.

This site uses Akismet to reduce spam. Learn how your comment data is processed.