The stone sculptures sang an ancient song… a bit worn out due to the exposure of over 1000 years to harsh climate, the paints from the outer walls stripped away completely and the beautiful murals and paintings in the interiors are nearly faded… yet these temples of South India sings songs of glory of bygone era, might of the Chola Empire, the magnificent artistic skills of the artisans & incredible architectural details.

The Airavatesvara Shiva temple has a water tank which has a connected channel that brings in Cauveri River water where Hindus gather annually to take a dip. Did I tell you that some of the steps of Airavatesvara temple are acoustic in nature and when you walk on them you can hear the ‘sargam’! We tried to hear the musical notes but due to the long period of usage we could hear only some of the notes and not the complete ‘sargam’. The ingenuity was amazing!

1000 years of existence… something so difficult to comprehend, mainly when these amazing structures are still standing tall, proud and magnificent! 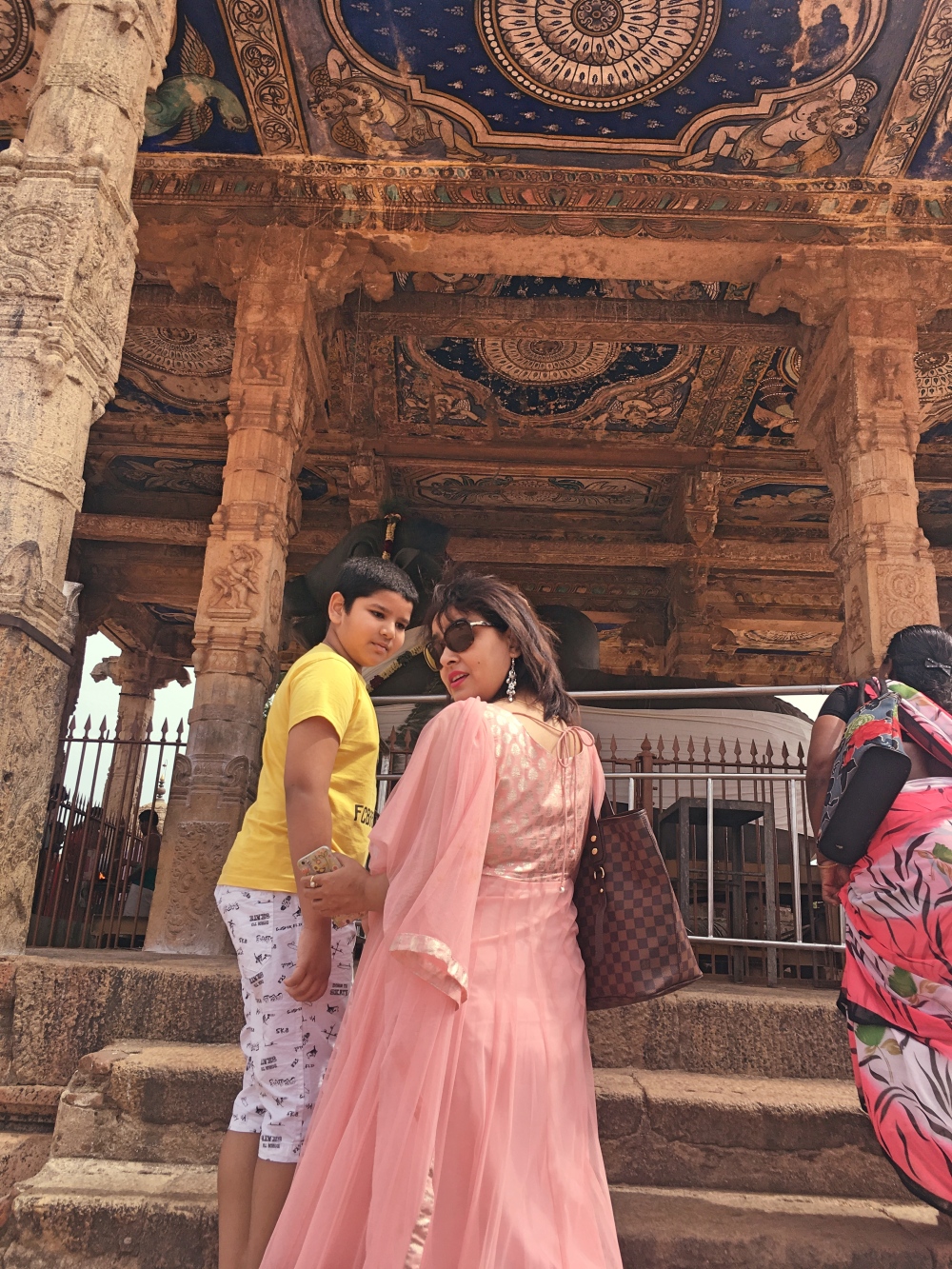 Someday I hope you take this trip to the ‘Great Living Chola Temples’ of India and feel the amazing spirituality, awe and reverence that I felt for the bygone era and its pulsating presence today within the sanctum sanatorium…

Copyright: The thoughts & photos are my own & the knowledge is universal. If anyone wishes to use the content, you are most welcome, however, do place a link to this page with acknowledgment. This is not only an internet courtesy but also a legal requirement. regards.

This site uses Akismet to reduce spam. Learn how your comment data is processed.